i was in Croatia, Bosnia & Herzegovina and Serbia one year ago and i liked it so i decide to travel there again. i flew from Stockholm to Sarajevo. in the evening there was no bus connection directly from the airport so i took a ~2km hike from the airport to the stop of tram #3 and from there 20 min ride to Baščaršija – historical center of the city. i’ve stayed near it in 2011 and in this year as well. it’s perfect starting point for the hikes around the city.

Sarajevo this year was sunny and warm; while wandering around the streets of old and new districts I’ve noticed Turkish presence… something i did not pay much attention during my previous visit – there’s at least one Turkish bank, plenty of adverts of Turkish airlines, adverts of the Turkish chamber of commerce. on slightly related note – i’ve also – noticed Aljazeera Balkans with office in the city center and TV program running in the hall of hotel i’ve stayed in.

being attracted to the strong sources of electromagnetic field i’ve visited two hills with radio transmitters giving nice view on the city: 1, 2. you can see from there dozens of cemeteries scattered all over Sarajevo – a very obvious sign of recent siege. 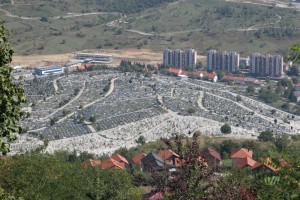 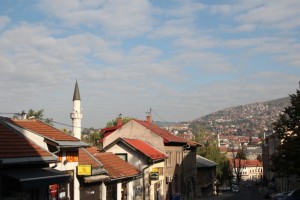 after few bureks eatem and 2 nights i took a trusted Sarajevo-Belgrade train to Doboj. as before train is not very timely and consists of only two railroad carts that look exactly the same as polish ones. 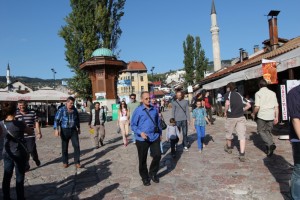 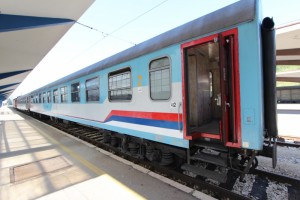 Doboj turned out to be very calm and quite pleasant. it’s a city perfectly fine for 0.5-1 day stay. i’ve passed by the local fortress and wandered around. i liked the evening atmosphere of the city – it was warm – 20+C, quite dark – with only few lamps working, a bit foggy with the mist from surrounding fields, all accompanied by cicadas. Doboj is part of Republika Srpska which becomes apparent quite quickly – local orthodox church was more hm.. lavish? dominant? than mosques; some of the signs and labels were written in cyrillic rather than latin alphabet. 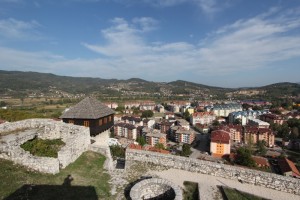 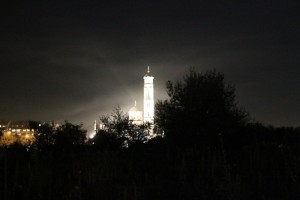 On the next day i took another train ride to Osijek in Croatia. you can tell the difference between Bosnia and Croatia quite quickly – it’s more ‘modern’ or ‘western’. Especially that city felt very Scandinavian to me – maybe because of the number of people biking/rollerskating/jogging on the biking paths marked all over the city, or maybe it was the way people dress? similarly to Doboj – the city felt very relaxed, with plenty of people hanging around cafeterias and bars. 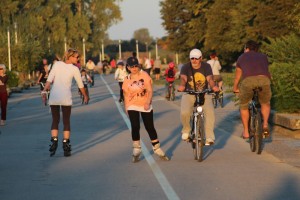 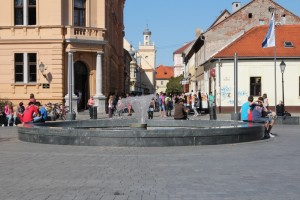 Hungary next – i took another train to Pécs. i wasn’t even bothered by [only] 1h delay of my arrival. while earlier visited places could feel like polish province [say Bialogard], Pécs felt more like bigger polish city – Gdansk or Poznan – much denser and more crowded.

i wanted to see the Balaton lake so instead of going straight to Budapest i took a detour to Siófok [combined bus ride via Szekszard]. funny thing – when i arrived to Siófok it was +33C, yet city – holiday destination similar to polish Mielno – looked abandoned. it was already off-peak, plenty of shops, restaurants and hotels were already closed. Balaton did not impress me – it turned out to be really flat and shallow – after ~50m of going into the lake i was still knee-deep in the water. 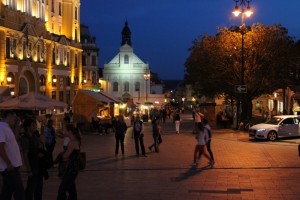 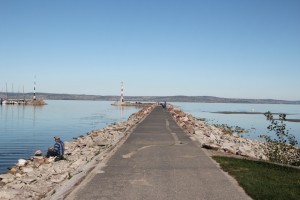 the last part of my journey was a travel from Siófok to Budapest. this time local train [pretty nice one!] delivered me on time to the capital of Hungary. Budapest is full of really nice architecture, unfortunately at the same time it was quite crowded and felt ‘heavy’ – like Pécs – i cannot really tell why. the architecture i saw in Hungary was great and worth seeing but it tired me; i’m glad i’ve been there, but i’m not sure i’ll re-visit them again any soon. Bosnia & Herzegovina and Croatia were more enjoyable [or less demanding?]. 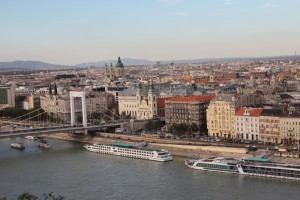 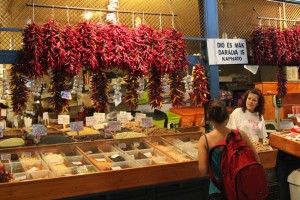