i’ve been thinking about working remotely for a few weeks from some warm[er] country for quite some time. finally i’ve tried – i’ve spent 3+weeks in Portugal while taking just 2 days of holidays. all went surprisingly well.

i flew to Faro at the end of October and came back to Sweden from Lisbon in the middle of November. i’ve stayed at 3 places – in Portimao, Lagos and Lisbon [where i’ve met my parents for a few days].

during my whole stay in Portimao and Lagos it seemed like I was the only visitor and the only user of the internet connection in the hostels – flat ping, no packet losses. i’ve done plenty of voip calls including conversations with the clients, quite a bit of coding, answering tones of mails as usual and supporting few users remotely. Lisbon at first was a bit more problematic but at the end I’ve unplugged some desktop, connected my laptop over a cable and all went smoothly.

my toolset – besides the usual suspects – putty, remote desktop, openvpn client for windows and skype included zoiper – reasonably working free SIP VoIP client which I used to handle both my internal and external calls.

1h of the time difference and no lunch break gave me pretty good work schedule. I’ve started at 7am local time and was ready to go out and enjoy the outdoors at 3pm local time. Portimao and Lagos were pretty relaxing – i had great surroundings to see so every afternoon meant 8-10km walk, during the weekends even 20km. shore near Portimao was rough and full of cliffs; around Lagos – on the east side I had sandy beach, on the west – high cliffs. 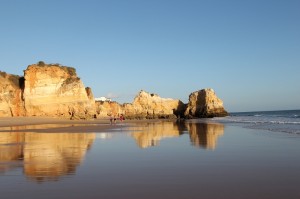 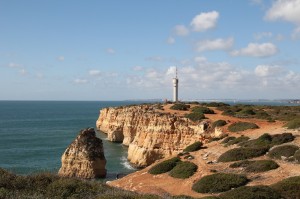 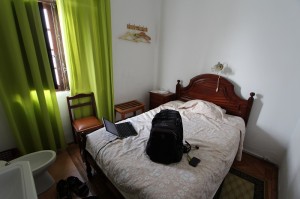 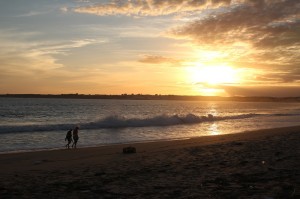 Lisbon was more tiring with usual big-city traffic, but worth seeing too. it’s full of narrow streets going up and down with sneaky short trams rolling around. 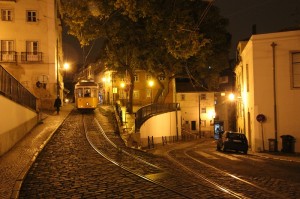 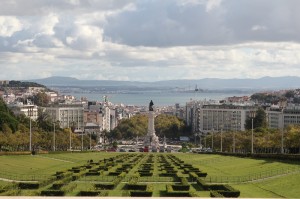 we’ve spent one of the days on the suburbs – in Cascais. they have free bike rental there – pretty nice idea. we’ve taken 17km journey along the rocky coast, some dunes and back to the town.

the time of the year was pretty good – there were some showers, maybe 2 evenings were rainy but overall – very good. i took a swim in the ocean once [I should have done it more], temperature during the day was between 15 and 20C.

maybe it’s autumn or maybe it’s the current state of the economy – especially there – Portugal looked sad and [economically] depressed. plenty of shops/restaurants closed down. lavish ‘branded’ shops in the center of Lisbon could not fix that image. abandoned buildings in all the cities i’ve visited… and revolutionary slogans all around. surely more government intervention and increasing the minimal wages will help them recover :/ 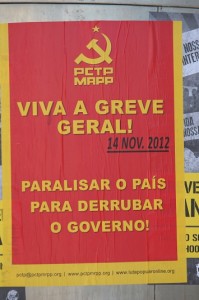 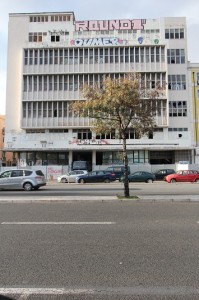 some pictures from the trip – here.