i got another chance to visit Asia. instead of suffering cold, dark and cold January in Sweden i’ve spent 3 weeks in mild Hong Kong & Macau, tropically hot Singapore and pleasantly warm Vietnam.

Hong Kong and Singapore were hectic, as during my previous trip – full of work related meetings. but still i had time in the afternoons to wander around.

Hong Kong – as before – was crowded, full of locals and tourists, overflown with screaming neon advertisements and billboards; with Chinese from mainland waiting politely in the ques to expensive ‘branded’ stores. 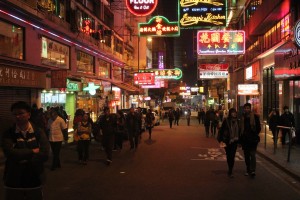 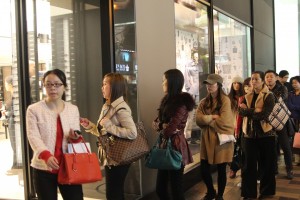 in plenty of places i’ve noticed anti falun gong banners [and a few pro ones too]. the negative campaign is organized by single entity – Hong Kong Youth Care Association Limited. it’s sad to see Hong Kong being more and more influenced by the mainland. 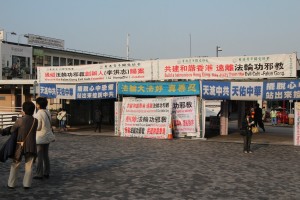 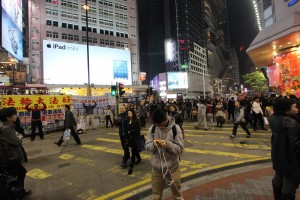 during the weekend i’ve taken a ferry trip to Macau. the city is a funny mixture of Chinese and Portuguese influence – an interesting change after British-ish Hong Kong. old town was fine, casinos – boring and full of tasteless kitsch – trying [too] hard to be classy and stylish. i’ve never been to las vegas – maybe i would not be so harsh judging the gambling district of Macau. 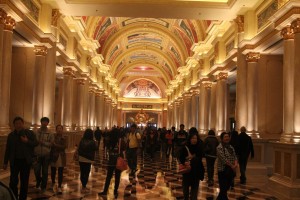 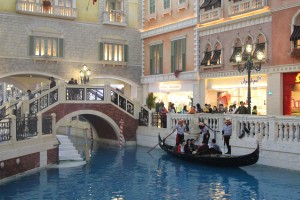 After a week in mild Hong Kong i flew to eerily orderly and clean Singapore on the Sunday night. I landed around 23:00, but even at that time temperature was around 30C [compared with 15-20C in Hong Kong].

Monday morning – quick run across nearby shops in search of prepaid simcard that can give me mobile internet access, impulsive purchase of an umbrella [there were quite intensive but short showers every day, usually in the afternoons] and off we go to scare the [potential] clients. i did not even try to put the suit on – just suit pants+white shirt+tie.

during my evening walks around the city i was lucky to discover preparations for the Chinese New Year’s parade near the singapor eflyer. there were groups of different nationalities dancing and singing, i think those were at least Chinese, Indians, Japanese, Indonesians, Malaysians. 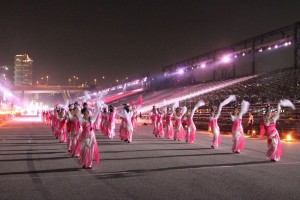 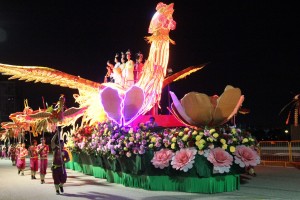 On Friday afteroon – after 5+5 days of sweating in the formal clothes i have started my holidays; my travel mate Lilly joined me for the further journey. On Saturday we’ve rented bikes at the Pasir Ris Park and drove around a bit. Sunday – city center, tanglin botanic garden, marina south park. 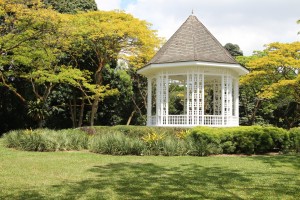 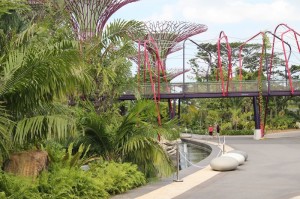 Monday – quick flight and we’ve landed in Saigon called nowadays Ho Chi Minh City to commemorate the bloody murderer of hundreds of thousands of Vietnamese People. instead of taking a taxi to the city center [ ~15$ ] we boarded on a crowded bus 152 which for less than 1$ took us to the Ho Chi Minh City Bus Center‎.

after a very short time in Saigon it became apparent that communistic in theory Vietnam has exploding free market economy [possibly less restricted by taxes than ‘the west’ although probably struggling with bureaucratic mess and corruption] – streets are full of people selling stuff – food, clothes, live chickens, raw meat, fish, electronics, fake watches. and plenty of those people want to catch your attention and make sure you buy whatever they have to offer.

according to some tour-guide 9M people Ho Chi Minh City has 4M motorbikes and bicycles. and you can see that immediately. in most places there are no traffic lights yet the traffic is quite slow and crossing a street is actually much easier than it would look like. 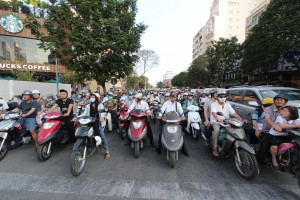 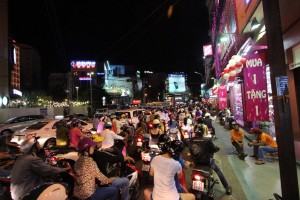 after one night in HCMC we’ve taken 1.5h journey with a fast ferry to Vung Tau; it’s a sea-side city, much less crowded compared with Saigon. during 2.5 days there we’ve walked a bit along the coast, climbed on ‘the small mountain’ with statue of Jesus Christ. 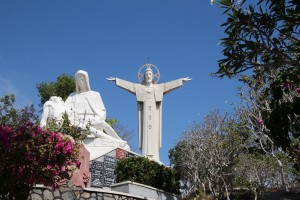 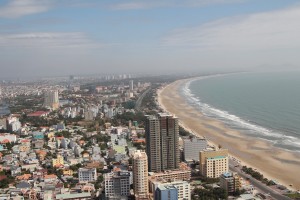 we’ve also walked nearly to the top of ‘the big mountain’ where we’ve seen some not-so-wild monkeys eating happily content of the coconuts. 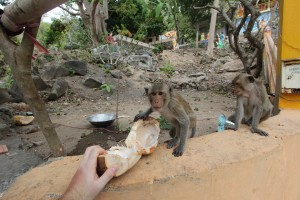 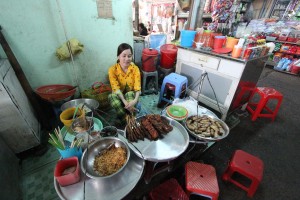 after two days in Vung Tau we went back to HCMC and booked two trips – one on the Mekong Delta [25$/peson] and another to Cu Chi tunnels [20$/person]. bother were pretty good – better than what i expected. sadly in both cases our tour guides were pretty reluctant to talk about any political issues so we just learned that talking about the past in any different way than the line of party is a big no-no.