my colleagues got into an unpleasant situation where one of two dedicated servers, running vmware esxi 6.0, rented from a datacenter lost its network connectivity. the datacenter/internet-facing interface is down, hours later, during regular working day, the hosting provider did not react and resolve the problem. maybe the network card died, maybe switch port misbehaves or someone just unplugged wrong network cable. fortunately there was a cable connecting both servers – vm0 that lost connection to the datacenter’s network and vm1 that worked just fine: 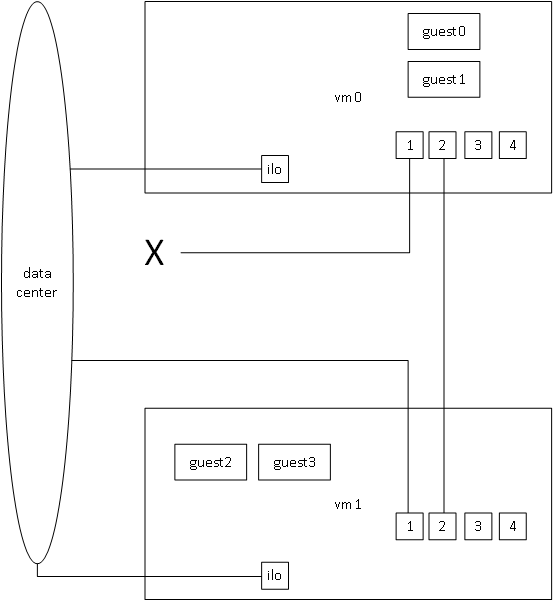 24h later after the outage i decided to make use of the cable connecting both boxes to give again vm0 and its guest internet access. quick googling told me that vmware itself cannot bridge two network ports. on the other hand i already know from own experience it’s possible to set up linux based layer2 openvpn endpoint on esxi, so there should be no problem just bridging two virtual network cards connected to two physical interfaces.

infamous datacenter is Swedish iPeer, part of cygate / telia. based on that experience – i dont recommend them.