in the next step i want to migrate away from RAID10 on 10 disks to RAID10 on 8 drives + RAID1 on 2x 600-800GB SSDs [ most probably intel’s s3500 ]. i’ve taken a backup of all vms, rebooted the machine, entered bios, removed the old array and recreated new one. system booted finely [ esxi with all its settings sits on dual sd cards so there was no need to reinstall and reconfigure it ], but i could not create a new datastore on the now smaller RAID10. apparently some leftovers from old GPT prevented vmware from correctly recognizing the available virtual disk. i was getting: 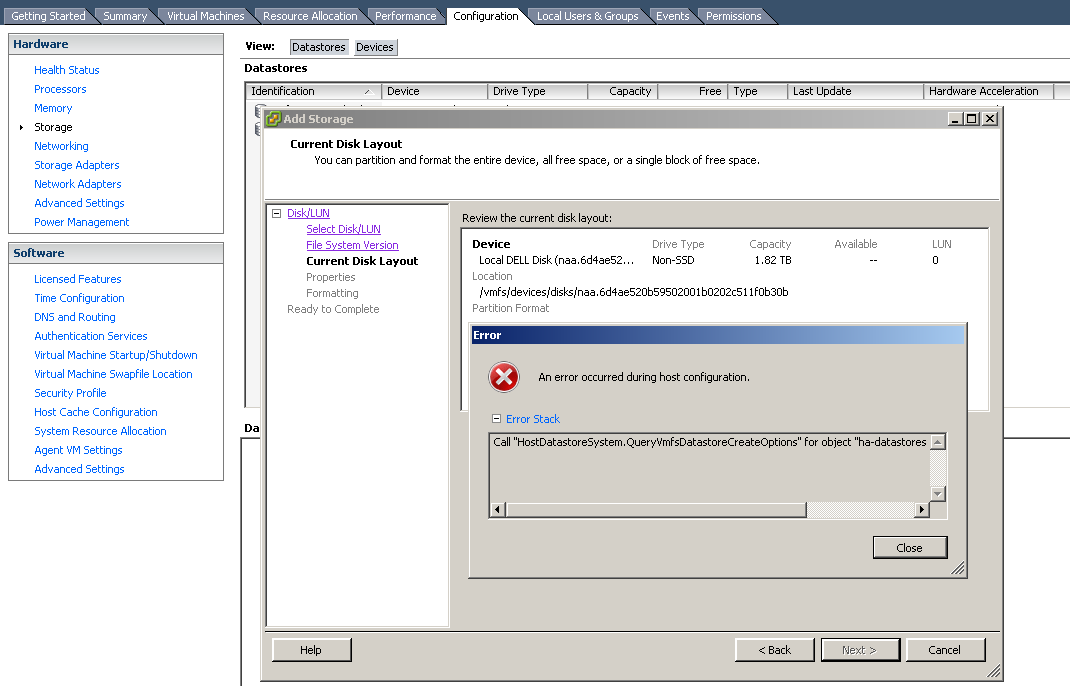 solution? boot to some live cd [ i’ve used gparted live ], and in console use parted and create gpt label on the virtual disk provided by raid: 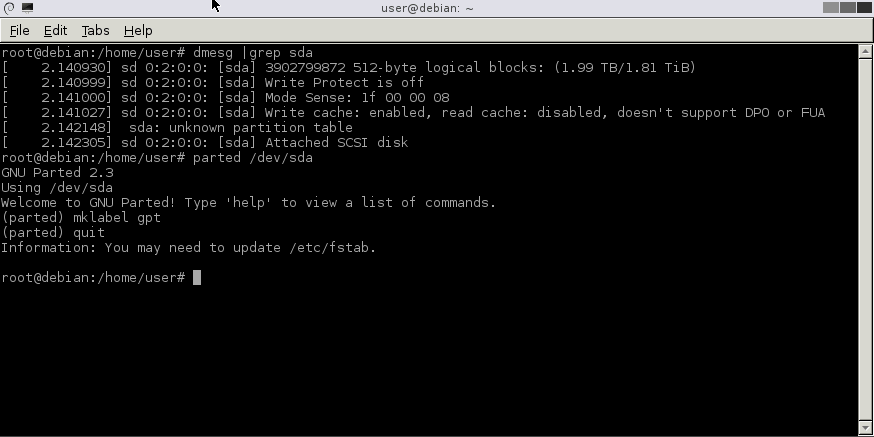 after reboot vmware let me to create new data store without any errors.